The Dutch government's envisaged import tax will not only leave scars on the waste sector, but on other businesses and foreign partners as well. Reduced flows of foreign waste will jeopardise EEW's steam supply at Chemie Park Delfzijl, while Twence fears for its continued cooperation with the German city of Münster. The CO₂ reduction effects of both companies are at risk.

Since 2010, EEW Energy from Waste has been supplying steam to factories at the Chemie Park in the port of Delfzijl in the north-east of the Netherlands. Its biggest customer is Nouryon, which saves 100,000 tonnes of CO₂ emissions each year by using this sustainable heat. To guarantee sufficient supplies of steam, EEW opened a third incineration line at the end of 2018. In a climate of great uncertainty, the German company decided in 2016 to invest millions of euros in the new incineration line. The UK had then just voted for Brexit. Despite this, EEW had confidence in continued relations with its British business partners over the long term. They supply the waste used to produce sustainable heat and electricity at Chemie Park Delfzijl - waste which would otherwise be landfilled in Britain, where it would generate methane emissions that are much more damaging to the climate than CO₂. 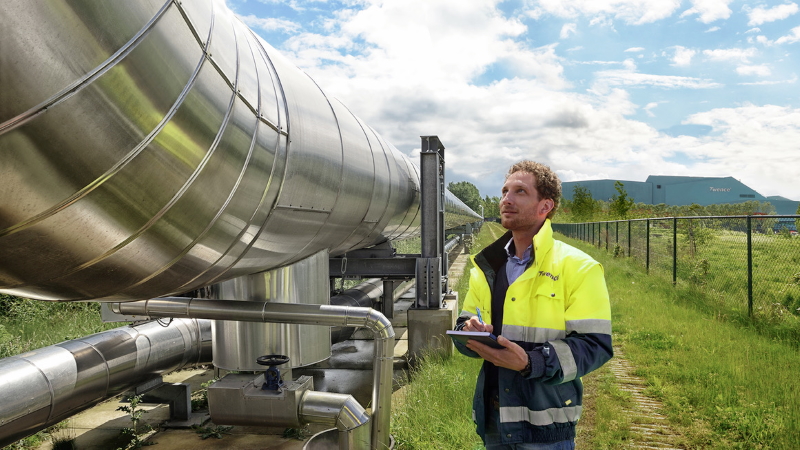 'As an international company we support efforts by the Dutch government to wind down natural gas extraction and make more use of renewable energy,' says sales manager Gert Jan Bennink. 'A reduction in the supply of foreign waste as a result of the import tax will put our delivery of sustainable process steam and electricity at risk. The shortfall will have to be made up with energy from gas turbines, a retrograde step towards the use of fossil energy.' It is a scenario that Groningen Seaports will also take a critical view of, says Bennink. 'The availability of sustainably generated steam is an important argument for attracting new companies to the site. That argument will be lost.'

"This is a retrograde step towards the use of fossil energy."

In the eastern Dutch region of Twente the import tax will put an end to cooperation with German partners. Established by fourteen municipalities in Twente, waste and energy company Twence has been working closely with the German city of Münster since 2016. Food and garden waste from the Twente municipalities is treated by Abfallwirtschaftsbetriebe Münster, while Münster's residual waste from sorting and separation operations goes to the waste-to-energy plant in Hengelo. It is a unique form of inter-communal cooperation in Europe, says Twence director Marc Kapteijn, and the partners want to take it further. 'The Germans are considering participating in Twence and will make their decision at the end of next year. We would become the first euregional company. I feel incredibly sad that this will be torpedoed by an import tax. Both parties will have to absorb the tax. Our German partner trusted Dutch dependability in keeping to the rules. Now they see our government suddenly changing the rules in the middle of the game. We were shocked as well. The unexpected introduction of this measure creates uncertainty and undermines our good relations with Münster. Now we don't know what could happen next year, or the year after.'

"We want to innovate, but the government is knocking the wind out of our sails."

The import tax puts the reduction of CO₂ emissions at the Twence waste-to-energy plant in doubt. Twence is developing a large-scale scale carbon capture facility for the reuse of CO₂. It will be carrying out test runs with converting CO₂ into formic acid, a sustainable transport fuel. 'We want to innovate, but the government is knocking the wind out of our sails,' says Kapteijn. 'These facilities are huge investments. An import tax will eat into our profitability. I'm worried we might not be able to realise our plans, even though we can realise enormous carbon reductions. The government is shooting itself in the foot with this import tax. Surely that cannot be what it wants.'