Recycling managers in Germany and Great Britain fear that a Dutch import tax will disrupt the North-West European waste market. Not only will countries landfill more waste at home, but some of their waste will displace waste streams in other countries and disrupt the European playing field.

A Dutch import tax will make exporting waste to the Netherlands from other EU member states more expensive. British waste companies will no longer export their residual waste, the waste remaining after sorting, to the Netherlands, but send it to British landfills, expects Jarno Stet, secretary of the National Association of Waste Disposal Officers (NAWDO). NAWDO members manage waste treatment contracts and tendering processes for waste and recycling contracts at UK local authorities and waste disposal partnerships. 'In several regions of the UK, landfilling is already a competitive alternative to exporting residual waste, and we also have too little incineration capacity,' says Stet. 'The landfill tax introduced in our country in 1996 is now quite prohibitive and only 17% of residual waste is now landfilled. That share will rise again if exports to the Netherlands come to an end. Landfilling combustible waste is not only expensive, but is also undesirable from an environmental point of view because of the emissions of methane, benzene and leachate, which can contaminate the groundwater. As an environmentalist I am most concerned about this, particularly since there are high-grade waste-to-energy (WtE) facilities with available capacity in the Netherlands. The best destination for non-recyclable combustible residual waste remains incineration with energy recovery.' 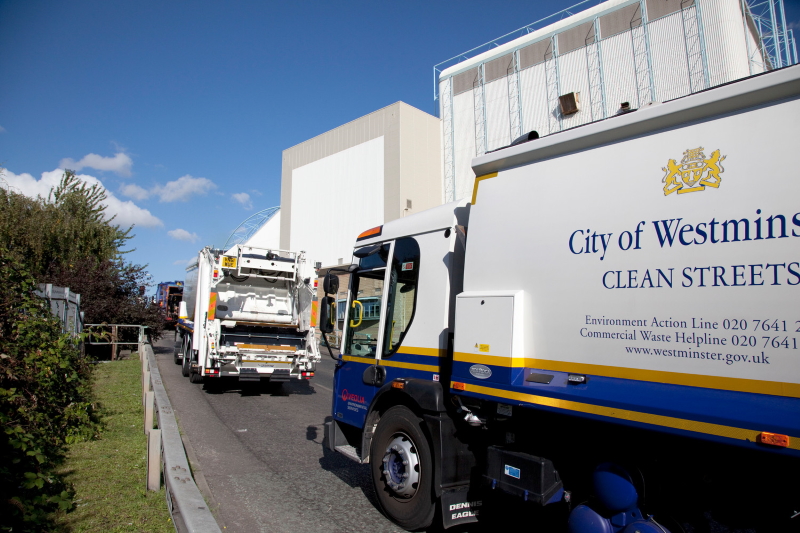 Stet warns that a Dutch import tax could disrupt the waste market across the whole of North-West Europe. 'A lot more British waste will again be landfilled. A small proportion of the waste will be exported to other countries where capacity is either available or being built and where treatment is cheaper. The national waste markets are all more or less interconnected. Waste will go every which way and disturb the balance on the European playing field. For example, British waste will displace German and Swedish waste if parties are willing to pay more than local waste collectors or if the composition of the British waste is more attractive than domestic waste. And we are talking about large volumes.'

"A lot more British waste will again be landfilled."

An import tax will also impact German exports. Each year about 500,000 tonnes of combustible residual waste (after sorting) from the German state of Nordrhein-Westfalen are sent to Dutch WtE plants. 'We were not amused when we heard about a possible import tax, and that is putting it mildly,' says Patrick Hasenkamp, chair of the VKU, the German association of municipal utilities, and manager of the Münster municipal waste company. 'This development is bad for the cooperation between our two countries, because the tax will push up incineration tariffs. If the import tax further disrupts the market in both countries, it is not inconceivable that waste will be sent to Eastern European countries such as Poland, Romania and Bulgaria, where it will be landfilled. Not only that, but the waste will be transported across much greater distances. The Netherlands and Germany are neighbours, so distances are relatively short.'

"Broader European cooperative arrangements have been set up to end landfilling in the EU."

According to Hasenkamp the import tax will be counterproductive for Southern European countries too. 'The WtE plants in Germany and the Netherlands treat substantial volumes of waste from Southern Europe [the Netherlands to a lesser extent in recent years - ed.]. Broader European cooperative arrangements have been set up to manage this with the aim of ending landfilling in these countries. An import tax in the Netherlands will not encourage exports from these countries. In our high-grade incinerators we generate electricity and heat as an alternative to fossil fuels such as coal and natural gas. The import tax would therefore also undermine the transition to a sustainable energy supply.'