Urban mining for sand and gravel

Warning of a worldwide shortage of sand and gravel

You would think sand and gravel are in abundant supply, but in fact we are heading for a global scarcity. The United Nations Environment Programme is ringing the alarm bells about impending shortages and ecologically damaging extraction methods. Urban mining can provide a solution.

'During a UNEP study of coastal erosion in Jamaica we heard in a village how their traditional beach was destroyed in a matter of days when an armed group arrived, mined the sand and carted it off in lorries,' says Professor Pascal Peduzzi. 'I wondered if this was a more widespread phenomenon. When this was confirmed in a French news story in 2013, I decided it was time to look into it properly.' Peduzzi is director of GRID-Geneva, one of the group of environmental information centres, the Global Resource Information Database, run by UN Environment (UNEP). He is also the lead author of a provocative article published in 2014 in which UNEP warns about a growing worldwide scarcity of sand and gravel as building materials and the widespread use of unsustainable mining practices.

"A whole new approach is needed, a shift from a linear to a circular materials chain." 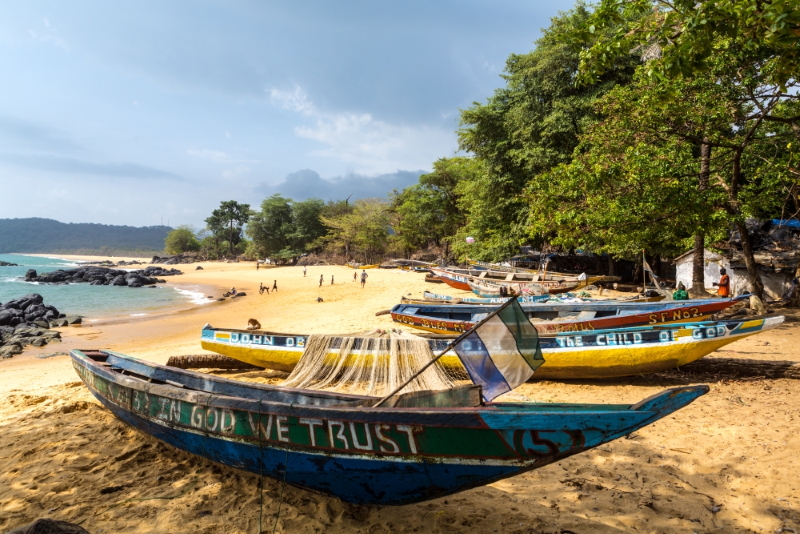 The 40 billion tonnes of sand and gravel aggregates extracted worldwide, or 68-85% of the total, make them by far the most important minerals. Traditionally these aggregates have been extracted in and around rivers, but the growing shortages in these locations have led to increasing extraction from the seabed. The rate of extraction now far exceeds the rate at which these resources are being replenished by natural processes of erosion. Although empirical impact studies are few and far between, the UNEP discovered that extraction causes major local ecological, geological and hydrological damage. The resulting biodiversity loss in turn impacts on fisheries and food chains. Damage to river basins, coasts and water tables endangers drinking water supplies and environmental safety, and the carbon footprint of transporting these aggregates over increasingly long distances is considerable. One of the possible ways to reverse the growing impacts of aggregates extraction is urban mining: recovering and reusing building materials.

Construction and demolition waste is the biggest waste stream in the Netherlands. Most of it - the inert fraction - is processed and used in concrete, asphalt or mixed aggregate. Clean construction and demolition waste aggregate was recently awarded end-of-waste status, making it a product in its own right. This clarifies the situation and will give the industry some breathing space, expects Geert Cuperus, secretary-general of the Fédèration Internationale du Recyclage (FIR). 'Actually, though, the impacts of sand and gravel extraction in the Netherlands are generally acceptable. The next step is even higher grade reuse of mineral construction and demolition waste, such as reusing concrete waste in the manufacture of new concrete and reconditioning old bricks for direct reuse. The building physics properties of recycled aggregate even have advantages over virgin sand. Further conceivable innovations include "smart rubble crushing" for better separation of cement, bricks and concrete. In addition, market incentives are needed and the know-how in pioneering countries like the Netherlands and Germany must be made available internationally. Various EU countries are not making sufficient progress towards the required 70% recycling of construction and demolition waste, but the European Commission does not yet want to enforce compliance, only facilitate improvement. The industry associations in our sector cooperate on initiatives like the multilingual guidance document on sustainable demolition.'

"The next step is even higher grade reuse of mineral construction and demolition waste."

In 2014 the UNEP complained that policymakers and scien-tists had largely failed to recognise the problem. What is the situation today? 'Both worse and better,' concludes Peduzzi. 'There are still no records on how much is being extracted, but from global production figures for cement and asbestos we can be fairly certain that since 2014 extraction has increased by 5%. Luckily the media and politicians have woken up to the problem. I have already given dozens of interviews. The US media are highly interested and the European Parliament is also aware of the issue. Hopefully this will stimulate researchers to throw more light on the situation.'

This is already starting to happen, observes Peduzzi. 'A recent study in Cambodia describes the consequences for certain fisheries, and we ourselves are working on this topic with organisations like Wetlands International and research institutes such as Utrecht University. In a few months' time, UNEP will publish a full report on global aggregates extraction.'
What options does Peduzzi see to resolve this problem? 'First, the relevant governments must set up a good monitoring system to keep track of extraction volumes and impacts on ecosystems. Statistical data like these are needed to inform national and international measures. Second, policies must be adopted that effectively reduce the rate of extraction. Apart from a few EU countries, such policies exist almost nowhere. Exceptions are Spain, which has in principle banned extraction in coastal waters, and the United Kingdom, which is the only country that levies a tax on the extraction itself rather than the end products. International environmental conventions either only touch briefly on aggregates ex-traction (OSPAR) or ignore it entirely (Barcelona Convention).' 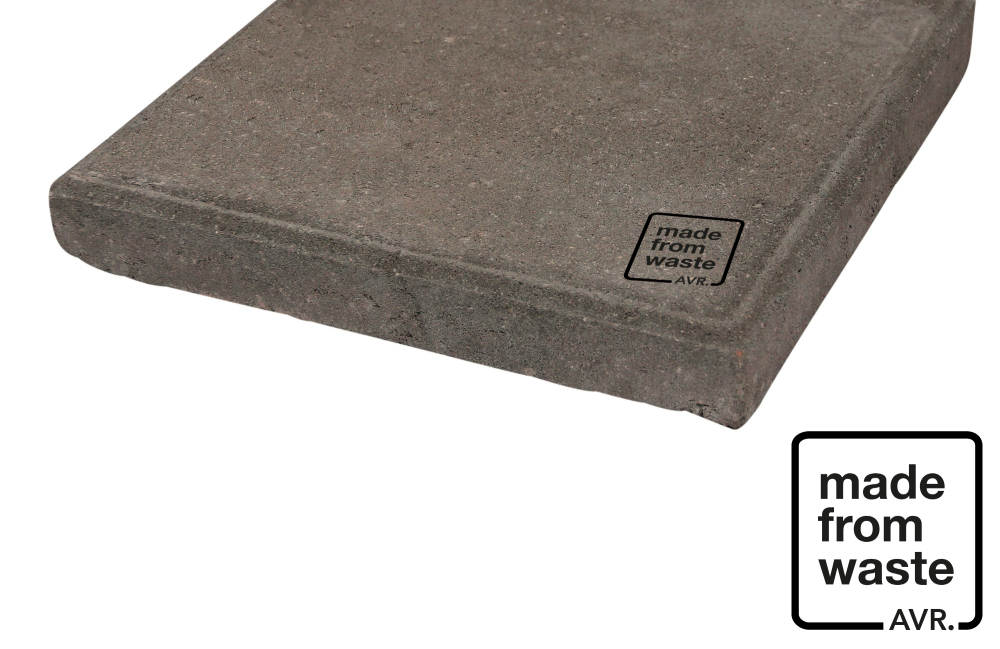 The technology for recycling bottom ash from waste-to-energy plants (WtE bottom ash) is advancing rapidly, particularly since the Green Deal of 2012. Most of the precious metals can now be recovered, while other interfering substances are removed at the same time. 'This cleans the mineral fraction, which can then be used as a building material without restrictions or requirements under the "isolate, control and monitor" aftercare regime,' says Jasper de Jong, commercial director of AVR. AVR is working on this technology with Rebewi Minerals (FORZ®Factory, Zevenaar), Heros (Sluiskil) and others. This recycling process provides an acceptable business case for the waste-to-energy plants, recycling companies and potential major customers such as Rijkswaterstaat (the Dutch government agency responsible for the design, construction and maintenance of the country's main infrastructure facilities). De Jong: 'All we have to do now is create the demand. Local authorities are still largely unaware that they can buy perfectly good paving stones made from recycled waste. It would be ideal if this sort of raw materials saving counted towards the official recycling targets. The waste sector can also export the expertise gained during the development of this technique, and exporting these recycling products could also deliver environmental benefits, depending on the carbon footprint.'

"The mineral fraction of WtE bottom ash is clean and can be used without restrictions as a building material."

Peduzzi: 'More generally, though, a whole new approach is needed: a shift from a linear to a circular materials chain. Alternatives have to be found, both by limiting the use of raw materials, for example through new construction methods such as adaptable building, and through urban mining, as in the Netherlands where part of the construction and demolition waste stream, as well as bottom ash from waste-to-energy plants and certain fly ashes, are recycled into reusable secondary building materials.'

The Netherlands has built up valuable know-how in other areas as well, according to Peduzzi, 'such as more sustainable methods for the extraction of sand and gravel, and for "building with nature" for coastal protection. For many developing countries such alternatives to hard, hi-tech defences can be excellent 'no regret' options that are cheaper, less resource intensive and have ecological added value.'

Almost all the fly ash from Dutch coal-fired power stations is used in the manufacture of cement and concrete. Coal fly ash is no longer used to manufacture gravel. 'In the 1990s coal fly ash used to be turned into artificial gravel by Provag in Raamsdonkveer and by Vasim in Nijmegen, but that is now a thing of the past,' says Angelo Sarabèr, senior product manager at Vliegasunie, which markets mineral residue ma-terials from the Dutch coal-fired power stations. 'The technology was okay and at the time it seemed logical from a marketing point of view, because we were worried that gravel would be in short supply. But then the new gravel extraction sites under the "Room for the River" programme and the growing demand for fly ash in cement and concrete put an end to it. Coal fly ash is now the main component of blended cements, which have a low leaching potential and a small carbon footprint and prolong the life of concrete. The production of artificial gravel may be sensible for limited periods in regions where there is a shortage of gravel, but the current applications will always eventually come out on top because of their economic and environmental advantages - although you can never rule out innovative new uses in the future.'