Like the Netherlands, Sweden is one of Europe's leading recyclers. Both countries face the challenge of further increasing their recycling rates. This requires ecodesign, a market for recycled products and more source separation. The Netherlands can learn from Sweden. For one thing, the incineration tax was not effective.

The Swedes are very good at recycling their waste. In 2016, Sweden recycled 50.8% of its municipal waste, putting it, like the Netherlands, among the top recyclers in Europe. The Swedish government is currently considering setting new recycling targets. 'The target for municipal waste will be somewhere between 60% and 70%,' expects Weine Wiqvist, director of Avfall Sverige, the Swedish waste management and recycling association. He expects a decision before the end of the year. He thinks the proposed target is ambitious. 'When I hear percentages like these I wonder whether politicians understand how difficult it is to recycle even more, especially when we are already recycling 50% of our municipal waste.' Wiqvist has reservations about the method for determining recycling percentages. 'It is not clear what the point of measurement is going to be: straight after collection, after the pre-sorting, after the final sorting, or when the waste leaves the last stage of the recycling process.'

"We need markets for recycled products in Sweden and in the rest of the world." 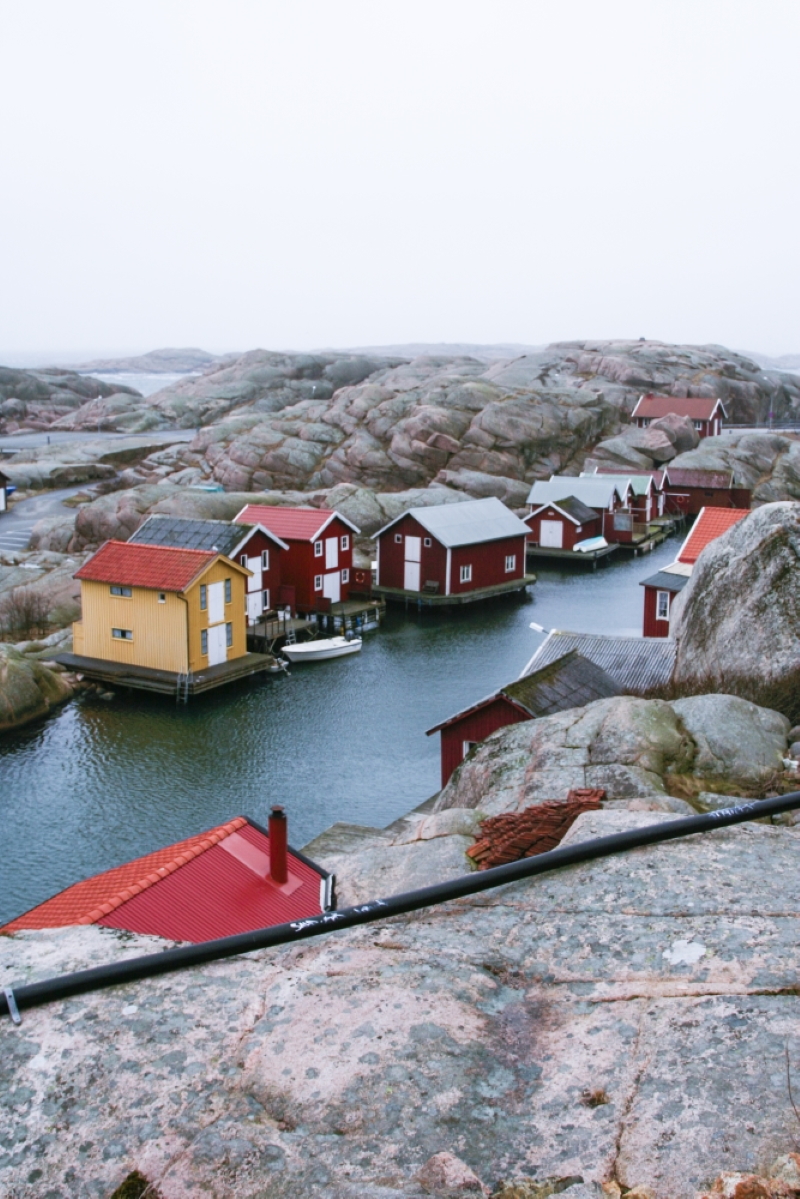 A higher recycling target means more recycled products, but there have to be markets for these products. 'We need markets for recycled products in Sweden, and in the rest of the world too,' says Wiqvist. 'Otherwise we'll be left with products we can do nothing with. Product design should also be improved so that products can be recycled more easily. For example, at the moment many plastic products cannot be recycled. We collect them, but we can't do much with them. This undermines the public's trust in the recycling industry and people begin to wonder why they should bother to separate their waste.'

In 2016 Sweden produced slightly less waste than in the previous year: in 2015 the total volume of municipal waste was 4,700 kilotonnes compared with 4,660 kilotonnes in 2016. The average Swede produced 478 kilos of waste in 2015, but a year later this had fallen to 467 kilos. Like the Netherlands, Sweden is one of the leading recyclers in Europe. In 2016 Sweden recycled 50.8% of its municipal waste.

Sweden sends 48.5% of its municipal waste to waste-to-energy plants. 'In Sweden it pays to use waste as a source of energy instead of fossil fuels because of the high carbon tax on fossil fuels. This makes waste an attractive source of energy.' Over the past ten years several new plants have been built to process imported waste. Current capacity stands at 6.5 megatonnes and no new plants will be built. The choice for waste-to-energy plants was also prompted by a decision in 2002 to prohibit the landfilling of almost all wastes. In 2016 just 0.7% of Sweden's municipal waste was landfilled. 'We think it's better to use waste for recycling and generating heat and electricity. It allows us to achieve high energy efficiency.' 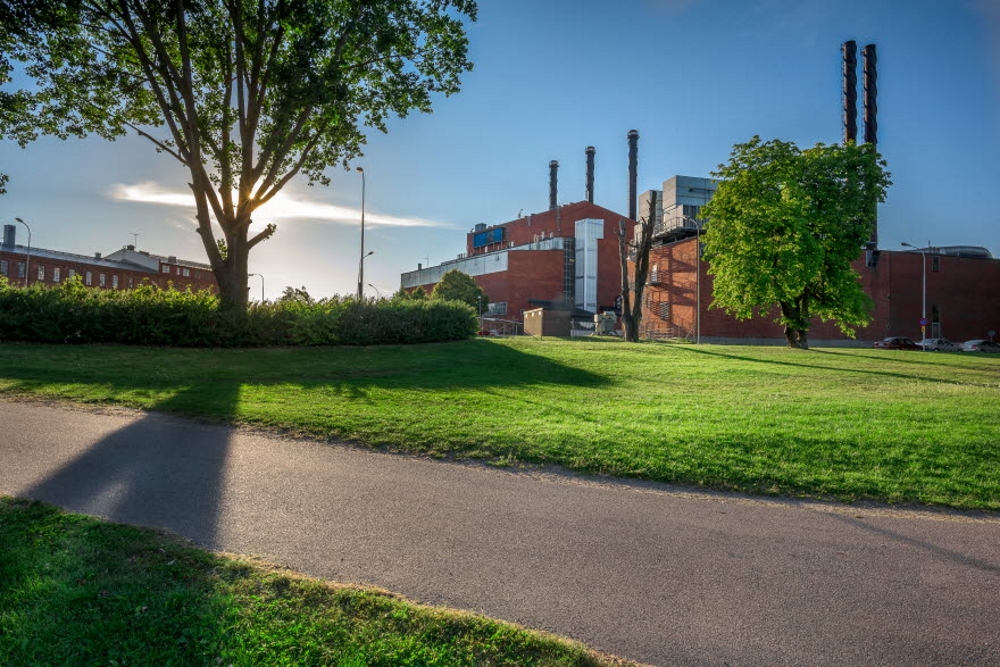 The growth in waste-to-energy capacity attracted much criticism, which led in 2006 to the introduction of an incineration tax. This decision was taken by a 'green' government, but the subsequent conservative-liberal coalition abolished it in 2010. 'It was scrapped because it wasn't effective. It was supposed to result in higher recycling rates, but that didn't happen. It simply didn't stimulate additional recycling. The tax only applied to municipal waste; commercial and industrial waste was not taxed, although this makes up half of all the waste going to waste-to-energy plants.' The incineration tax is now back on the political agenda. 'We have a green government again, so who knows. The Swedish waste-to-energy industry doesn't think this is the right way to increase recycling rates. There are better ways to achieve this, such as setting higher recycling percentages and developing new markets for recycled products.'

"At construction sites there is sometimes not enough space for separating waste."

Sweden participates in the EU Emissions Trading System (ETS). Weine Wiqvist is not particularly happy about participating in the scheme. 'We are sceptical, because it has to convince the users of fossil fuels to switch to renewables or sustainable energy sources. I have a problem with laying the responsibility at the feet of the waste-to-energy plants, because they can do little to reduce emissions. After all, the waste itself comes from both public and private sector parties.' Wiqvist thinks it is better to intervene at an earlier stage. 'It is not effective to impose costs at the end of the life cycle of a product. It is better to charge those costs at an earlier stage, for example in an Extended Producer Responsibility system in which manufacturers are held responsible for waste prevention and recycling. As only Sweden and Denmark are participating in the ETS programme, a choice needs to be made: either all the European countries join the scheme, or we pull out. We have to create a level playing field.'

Lia Detterfelt of the Renova Group, a waste management operator for local authorities in western Sweden, points to an area where the Swedish waste management system could be improved. 'At construction sites there is sometimes not enough space for separating waste. That is why Renova is offering to further sort building and demolition waste when we receive it.' A particularly striking example concerns environmentally smart buildings. Sustainable buildings with solar panels and low-water-use sanitary ware are being built in increasing numbers in Sweden. However, little attention is paid to source separation in these buildings. 'The criteria for the construction of environmentally smart buildings often make no provision for waste separation.'
Similar problems are mentioned by Asa Stenmarck of Svenska Miljöinsitute, a Swedish environmental research institute. 'We must give people facilities to separate their waste at source, close to where they live. People sometimes have to walk from 400 to 1,000 metres to deposit their source separated wastes. They should be able to do this much closer to home. I expect that providing good facilities will lead to an increase of 50% to 60% in source separation. We can't change people, but we can change the system.'

"We can’t change people, but we can change the system."