Striking a balance between substances of concern and the circular economy

Conflict between materials and waste legislation

Who would not want a healthy planet, a circular economy and no hazardous substances? Unfortunately this is easier said than done. In fact, these aims are sometimes even at odds with each other. 'On the one hand, we want to maximise recycling, but on the other hand we want to minimise the amounts of hazardous substances in the recycling loop,' explains Cees Luttikhuizen, senior policy officer at the Dutch Ministry of Infrastructure and the Environment. These two ambitions are not always compatible. Luttikhuizen explains the dilemma. 'When a compound is categorised as a substance of very high concern, policy aims to prevent any exposure to it. This is often possible to do, but then we are left with a legacy problem. What do we do with all the products still in circulation? Should we stop recycling them? Also, the EU is setting higher recycling targets, but at the same time a growing number of substances are being classified as hazardous. At the last count there were 170 substances of very high concern listed in the EU REACH chemicals regulation. The target for 2020 is about 400 substances, which will, in principle, all have to be phased out.' 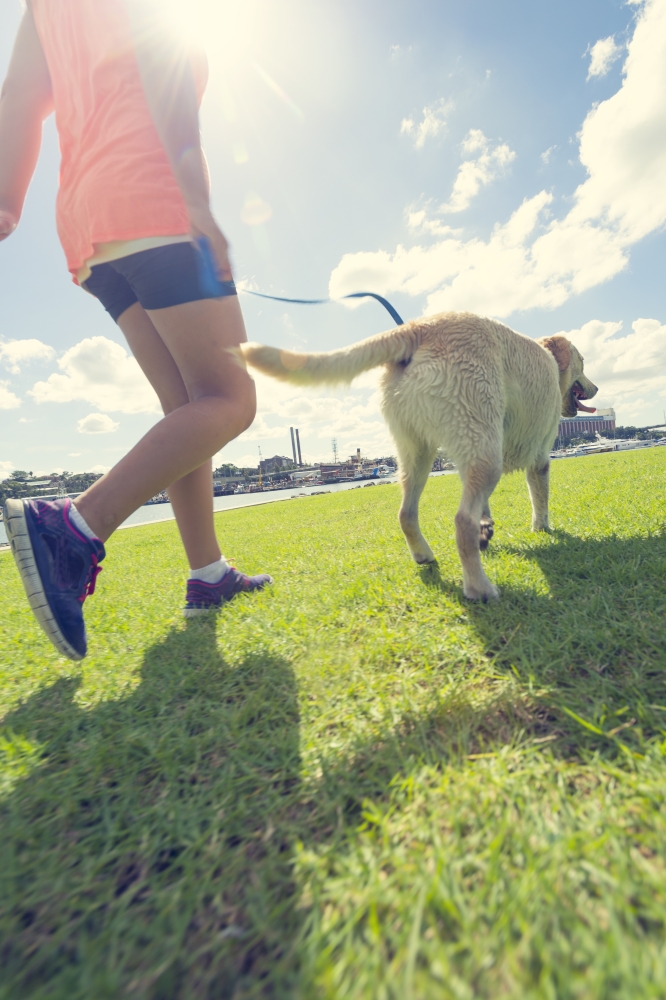 The whole point of designating substances of concern and setting limit values is to reduce the risks to humans, animals and the environment

Not only REACH, but also the international chemical conventions of Stockholm, Basel and Rotterdam aim for a world free of toxic chemicals. The objective of the Stockholm Convention is to phase out persistent organic pollutants (POPs), which are dangerous because they do not break down in the environment and so they accumulate in the food chain. Article 6 states without reservation that all POPs should be destroyed or irreversibly transformed. 'This leaves little room for recycling,' says Luttikhuizen.

A conference on these three conventions will be held in Geneva at the end April. On the agenda are new POPs, including decaBDE, a brominated flame retardant. 'This compound is used on a large scale in cars, cables, airplanes, furniture and all sorts of other products. When cars are scrapped the vehicle dismantler cannot identify this specific flame retardant because there are no methods for detecting it separately. Recycling companies are therefore unable to separate the materials into POP-containing and POP-free waste streams. Does this mean that the recycling of these car parts should be prohibited?'

Cees Luttikhuizen (Dutch Ministry of Infrastructure and the Environment):

"A risk-based approach is also suitable for determining whether or not the recycling of substances of concern is acceptable."

Chris Slijkhuis of the Müller-Guttenbrunn Group says the following about the risks of exposure to the brominated flame retardant decaBDE: 'Televisions in living rooms are completely safe. The flame retardant is chemically bound to the polymer. Normal use is not dangerous, but improper treatment can be. For example, in Africa children burn plastic from old electrical appliances in the open air, which releases dioxins and furanes. European waste companies process the material safely.'

Luttikhuizen observes that limit values are often set at the lowest possible level. For decaBDE the EU is considering a maximum concentration of 1,000 ppm, but a final decision has not yet been taken. 'Setting this limit would effectively prevent any more recycling of plastics from electrical goods and end-of-life vehicles,' says Chris Slijkhuis, director for e-waste & public affairs at Austrian recycling company Müller-Guttenbrunn Group and a board member of the European Electronics Recyclers Association (EERA). Recycling can considerably reduce the amount of decaBDE. 'We do this already. For example, the concentration of all brominated flame retardants in the plastics used in old televisions is about 150,000 ppm. There are 65 of these flame retardants, most of which are not hazardous or prohibited. At our recycling plant we separate the plastic into two streams: those with and those 'without' flame retardants. We safely process the stream containing flame retardants in waste-to-energy plants. The other stream, which actually contains less than 3,000 ppm flame retardants, we recycle. The final outcome, therefore, is a huge reduction in the amount of decaBDE. The recycled plastics meet the requirements of all the EU's product regulations.'

The Netherlands proposes a pragmatic approach to dealing with this problem. The Ministry of Infrastructure and the Environment argues for a sensible balance between recycling raw materials and preventing the spread of hazardous substances. Luttikhuizen: 'We come down on the side of recycling as long as there is no risk to human health and the environment. The EU directive on end-of-life vehicles raises the target for reuse and recovery from 86% to 95%, which is not possible without recycling the plastics. We have to look at these two objectives and come to a balanced decision. In some cases we will have to accept that phasing out these compounds will take longer than we would like.'

Case for a broad approach

The focus on minimising substances of concern is damaging the recycling sector, says Chris Slijkhuis of the Müller-Guttenbrunn Group. 'Policymakers keep coming up with new substances of concern and even lower limit values. The discussion is not doing the recycling sector any good and is scaring off investors. This uncertainty is making it less attractive to set up new recycling initiatives.' Slijkhuis argues for a broader approach than the current blinkered fixation on substances of concern. This approach would take other factors into account, such as recycling, raw materials scarcity and carbon reduction. 'Carbon dioxide is also a substance of concern. In fact, it's one of the most dangerous substances in the world today. At the beginning of the 1970s the atmospheric concentration of CO2 was 325 ppm; now it is just over 406 ppm. The polar ice caps are receding and the sea level is rising. The recycling our company does reduces carbon emissions by about a million tonnes. Such considerations should be taken into account when deciding to lower limit values and prevent recycling.'

Besides striking the right balance, it is also crucial that the approach taken is practicable. Can the substance be detected, can it be separated, can its designation be enforced, and is there an effective treatment method? These types of questions have so far been largely ignored when designating new substances of concern. As an example, Luttikhuizen mentions HBCDD, another brominated flame retardant, which was put on the REACH list in 2015. 'Until recently this compound was added to expanded polystyrene (EPS) and could therefore be found in virtually every household. However, recycling EPS is quite a challenge. A recycling plant that can separate HBCDD is going to be built in Terneuzen and it will produce a clean EPS stream, but more than a hundred such new plants will be needed to process all the EPS in Europe. In the meantime, it is not permitted to recycle or landfill it and so it has to be incinerated. Six member states have no waste-to-energy plants and so are unable to comply with the rules at all. In short, more thought needs to be given to the practicability of the legislation.'

Representing the Netherlands, Luttikhuizen will argue the case for balance and practicability in Brussels (EU) and Geneva (UN). He observes that in many other countries materials and waste policies are two separate worlds. 'There needs to be more cross-fertilisation. The European Commission is aware of this disconnect and is currently working on an interface between materials and waste policies. A consultation round will start shortly in which the member states will be able to submit their own ideas. During the Dutch presidency of the European Union in 2016 a resolution was adopted on preparing an assessment framework for deciding on a case by case basis whether recycling or disposal is the best option.'

"Subjecting all incoming wastes to a thorough analysis is impractical and prohibitively expensive."

Slijkhuis also argues for a dialogue, but notes that product legislation is already starting to influence waste management. 'There is a tendency to apply product rules to wastes as well. For example, the rules in the CLP Regulation on the classification, labelling and packaging of chemical substances also apply to wastes, and the HP 14 ecotoxic property of waste has recently been added to Annex III of the Waste Framework Directive.'
For the Müller-Guttenbrunn Group this would mean that all incoming wastes would have to be subjected to a thorough analysis. This is impractical and prohibitively expensive, says Slijkhuis. 'Each year we receive 26,000 consignments of waste from 2,100 sources. Each analysis costs a thousand euros and involves a lot of paperwork. We analyse the materials at the end of the recycling process. Needless to say, all our products meet all the standards in the product legislation.'

Hazard based or risk based

The whole point of designating substances of concern and setting limit values is to reduce the risks to humans, animals and the environment. There are two main approaches that can be taken: a hazard-based approach and a risk-based approach. The EU's REACH policy takes a hazard-based approach to identifying hazardous substances by focusing on the specific properties of the substances in relation to exposure. The EU's waste policy takes a risk-based approach. Cees Luttikhuizen of the Dutch Ministry of Infrastructure and the Environment: 'Dutch environmental policy takes a risk-based approach to restricting the use of substances. We not only look at the properties of a substance that may make it hazardous, as in the hazard-based approach, but also whether specific uses are acceptable or not. Take fly ash, for example. This is a residual waste from waste-to-energy plants, which in the Netherlands is used in the manufacture of asphalt and concrete. Numerous tests show that when it is incorporated into a material it does not leach out. Because in these forms it presents no risks to human health and the environment, we think recycling in these applications is safe and justified.' This risk-based approach, argues Luttikhuizen, is also suitable for determining whether or not the recycling of substances of concern is acceptable. Another key element in the ministry's approach is 'safe by design', an approach that encourages designers to build safety into the design of a product right from the start. 'Past experiences, such as with asbestos, teach us how important it is to ensure that products are healthy and safe to use.'