The revision of the Best Available Techniques Reference Document for Waste Treatment (BREF WT) is nearing completion. The waste industry now has a final opportunity to propose amendments. 'Much has been improved since the first draft.'

Waste treatment activities such as anaerobic and aerobic digestion, shredding, physico-chemical treatment, hazardous waste treatments, and even mechanical biological treatment of municipal waste, will all come under the European Waste Treatment BREF (BREF WT) if they meet the capacity thresholds criteria from the Industrial Emissions Directive. This weighty tome contains descriptions of the best available techniques (BATs) for all these processes. The aim is to limit emissions to air, water and soil from waste treatment installations.

The backdrop for the revision of the BREF WT is the Spanish city of Seville, where the EU's Joint Research Centre (JRC) is located. Serge Roudier, Head of the Commission's Bureau in charge of drawing up and reviewing BREFs has this to say about the process: 'What makes the Seville process so unique is that all stakeholders - in some cases as many as two hundred experts - are involved in the design of the BREFs right from the start. It is a participative and transparent process. We do not impose anything. We organise the information exchange and make proposals. Decisions are made on the basis of consensus.'

"Decisions are made on the basis of consensus." 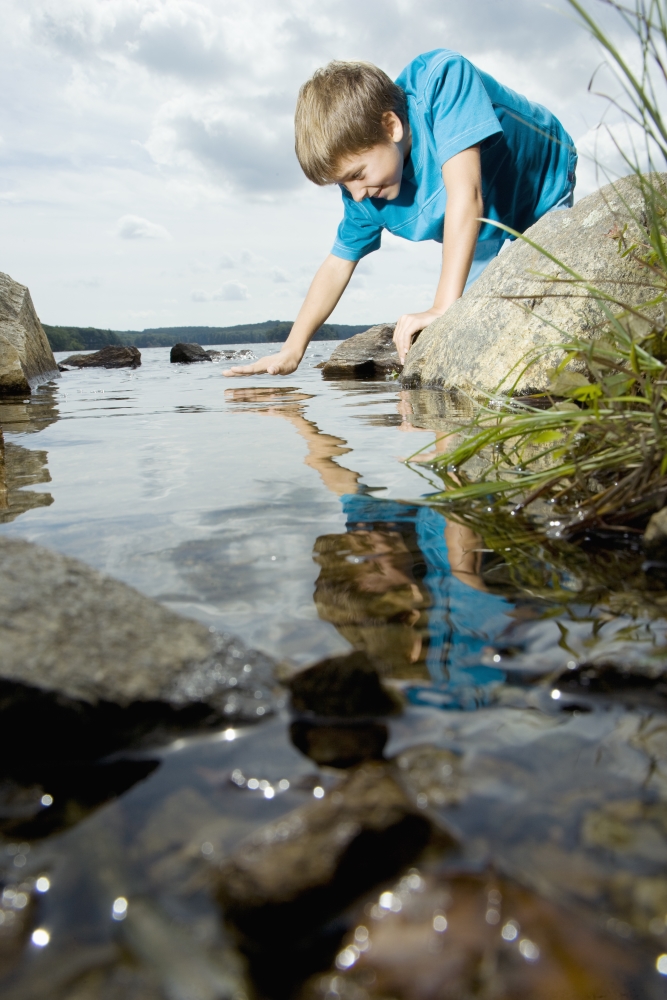 The aim of the BREF WT is to limit emissions to air, water and soil from waste treatment installations

The JRC prepares the revision by collecting evidence data on emissions and techniques used, publishing proposals, organising meetings where all parties can express their opinions, and pulling together and incorporating the representations made by industry, environmental organisations and the member states. A formal draft of the BAT conclusions is then published for a further extensive round of comments, leading to the final revised BREF. This revised draft is now out for consultation. It will be discussed at the end of March by the Technical Working Group, in which all the stakeholders are represented. The industry will then have a final opportunity to propose amendments.

According to Aneta Willems, head of the Industrial Emissions Unit of DG Environment at the European Commission, this consultation process is necessary to identify the best available techniques and their associated emission levels. Moreover, it ensures a level playing field for the European operators. 'If this process didn't exist, each member state would have to arrange it themselves. Not only would this be very costly for member states, but we could end up with big differences in emission levels, which would make an internal market for waste treatment facilities impossible, because low performance installations would have a competitive advantage. Incorrect interpretation of best available techniques by some member states would be in breach of the Industrial Emissions Directive and create uncertainty for the national waste sector.'

"I know of no other legislative process that is so transparent."

The first draft attracted a good many comments. 'The industry had many reservations about the first draft,' says Jan van Zon, environment and safety manager at SUEZ Recycling and Recovery Netherlands. He also had some criticisms, in particular on the way some emission levels had been set. 'In some cases they were based on emissions data from just a few installations, but were to apply across the whole industry.' His concerns did not fall on deaf ears: the JRC has adjusted these emission levels upwards in the second draft. Van Zon: 'The ranges are much more realistic now.'

"Much has been improved since the first draft, but it could still be better."

Van Zon is also satisfied with the emissions to water in the latest draft of the BAT conclusions. 'They have been improved since the first draft. The ranges have been extended and, also for monitoring requirements, there is now a distinction between direct and indirect emissions, with descriptions of what has to be done in each case. Quite a large number of analyses are required, but fewer are needed when emissions are constant, which is evidence of a sensible, pragmatic approach.'

There are still a number of 'oddities' in the BAT conclusions, says van Zon. 'Every waste storage and treatment area has to be under a roof and some installations are required to be in a building under negative pressure. In addition the whole treatment area, including reception, handling and storage of waste, has to have an impermeable base, even when there is no risk of soil or water pollution. Surely that cannot be the intention. Both of these are very costly. In the Netherlands we look at the risks involved and that's what we argue for in the BREF. If there is a risk of infiltration into the ground, you have to take appropriate measures. For many waste streams, such as wood, no such measures are needed. Much has been improved since the first draft, but it could be better.'

Like the Waste Treatment BREF, the Waste Incineration BREF is also currently under revision. The DWMA recently published an article on this on its website in which industry representatives were highly critical of the Seville process. They claimed it was not clear what the JRC is doing with the emission data supplied by about 300 waste incineration facilities. Aneta Willems of the European Commission rejects this criticism as unfair, uncooperative and hasty. 'The waste companies have made these criticisms before they have even seen the first draft, which will be published in April. I know of no other legislative process that is as transparent and in which the stakeholders are so closely involved.' Serge Roudier of the JRC was also 'dumbfounded', 'for the simple reason that the first draft has not been issued. In a sense we have not even started yet.' He agrees with Willems: 'The Seville process is transparent and participative, and decisions are made on the basis of consensus.'

Germany has problems with the inclusion of manure in the Waste Framework Directive. David Wilken, head of waste, fertilisation and hygiene at the German Biogas Association (Fachverband Biogas e.V.), Germany's biggest biogas industry organisation and a member of the European Biogas Association (EBA): 'In Germany manure is one of the most important feedstock for biodigesters, because of its enormous environmental benefits in preventing greenhouse gas emissions from open storage. Having the same technical, bureaucratic and analytical requirements for the digestion of manure as for municipal or industrial biowaste under the BREF WT would threaten the use of this excellent feedstock,' he says. However, he is heartened by the willingness of the JRC and the member states to reconsider the possibility of excluding manure.

"Including manure in the BREF WT threatens the digestion of manure, with all its environmental benefits."

Wilken and van Zon are more concerned about the way the competent authority will be able to implement the BAT-associated emission levels (BAT-AELs), which are given as ranges from the lowest to the highest measured emission for each technique. Van Zon: 'It is not clear how the licensing authorities are supposed to distil permitted emission levels from these ranges. We need coordination at a national level to avoid local differences. Sticking to a maximum emission value would, however, be a lot clearer.' Wilken also fears that the member states 'will just choose emission limit values from somewhere within the range, which could mean that you'd have to install a new technology to stay within the limit. In time this could even endanger the economic viability of our sector.' Aneta Willems calls this 'an unfounded fear', saying that the installations concerned already have permits and these will be updated by the competent authorities, on a case-by-case basis, taking account of emission levels associated with the performance of the best available techniques. Moreover, the European Commission will oversee the implementation of the BREFs. 'The competent authorities report to their ministers and they report to us, which ensures feedback on the operation of the BREF. Neither do I expect to see any regional differences within member states, as that would go against the whole idea of harmonisation.'

The emission levels must be given as ranges because that is prescribed, says Serge Roudier of the JRC. 'Setting only maximum emission levels could give the impression that those are the levels prescribed by the European Commission. The member states would then not be able to adjust the emission values to reflect the current state of the art in their countries. Ranges give the member states the flexibility to make their own choices.'