MBT is not organic recycling

In the drive to create a European circular economy, allowing the organic output from MBT facilities to count as recycling would be a big mistake. This technology is used to treat unsorted residual municipal waste, which means the organic output is of inferior quality and in most countries this material is sent to landfill. Source-separated waste, on the other hand, produces good quality compost.

The European Commission wants to raise the target for municipal waste recycling in 2030 to 65%, and possibly even to 70%. These targets are ambitious and achieving them will depend on which waste treatments are defined as recycling, a topic which is currently under discussion. The Council of the European Union recently proposed to define the organic output from mechanical biological treatment (MBT) as recycling and let it count towards the recycling targets. The composting sector has rejected this proposal because MBT facilities use unsorted municipal waste as input. After pre-sorting, drying and mechanical separation, what remains is an organic fraction, which then undergoes a biological treatment. But the output from this does not deserve to be called compost. 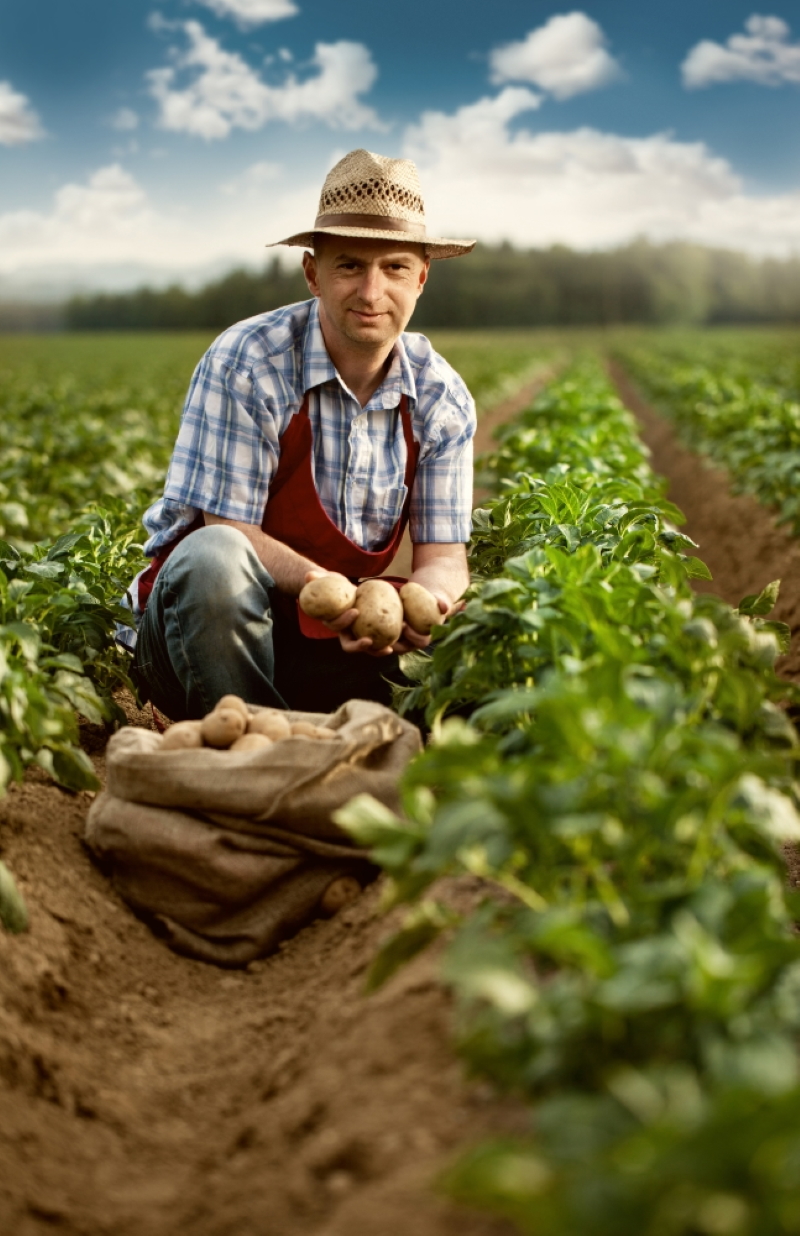 The quality of the organic output from MBT facilities is often not good enough for agricultural use. The impurity levels prevent this material from ever meeting the European standard as proposed in the European end-of-waste report for biodegradable waste. 'The Council of the European Union is considering defining this organic output as recycled waste, but it has nothing to do with high quality recycling,' says Stefanie Siebert, director of the European Compost Network (ECN), based in Bochum, Germany.

Mechanical biological treatment of waste, also known as biomechanical treatment, is a form of pre-treatment of residual municipal waste. It consists of a group of solid waste treatment systems which can be used separately or in combination. Most facilities use a combination of mechanical processes, such as shredding, metals recovery, sorting and biological treatment. The biological processes consist of aerobic and anaerobic degradation of the organic fraction. MBT grew in popularity as a result of the EU requirement to reduce the amount of biodegradable waste. This pre-treatment method makes it possible to reduce the mass and volume of waste to be landfilled.

Siebert: 'We recently issued a joint statement in which we stress that when measuring recycling it is essential to comply with the waste hierarchy and the definition of recycling. We argue for the compulsory separate collection of biowaste. We believe that separation at source is crucial for producing compost of sufficient quality.' Siebert regrets the lack of an adequate European policy for separate collection and treatment of biowaste. In contrast to other waste streams, such as metals, glass, plastic and paper, there are no concrete recycling targets for biowaste, despite the fact that it is a huge waste stream. The EU as a whole produces between 118 and 138 million tonnes of biowaste per year. 'The EU should have a policy and targets for recycling biowaste, and these should be based on separately collected biowaste.'

"The EU should have a policy and targets for recycling biowaste, and these should be based on separately collected biowaste."

Sieberts's argument has broad support. As well as the ECN, which has 70 members from 26 European countries, the joint statement is signed by the European Recycling Industries' Confederation (EuRIC), the European Environmental Bureau (EEB), the Confederation of European Waste-to-Energy Plants (CEWEP) and the European Centre of Employers and Enterprises providing Public Services (CEEP). 'In this statement we want to emphasise that if you aim to produce high quality raw materials, you have to collect the waste streams separately.' Siebert points out that the ECN has been highlighting the need for quality standards for compost from organic waste since 2004. 'The organic output from MBT will never be able to meet these standards.'

According to Klaas van den Berg, general manager of Orgaworld, by considering the organic output from MBT facilities to be a product of recycling the Council is taking a much too flexible attitude to waste treatment. 'From the perspective or organic residual waste treatment, MBT output is entirely at odds with the idea of the circular economy. We shouldn't be weakening the definitions in order to achieve recycling targets. That really is taking the easy way out.' A circular economy needs to focus on the quality of the material, whereas the Council's approach puts quantity above quality. Van den Berg points out that France has always heavily promoted the use of MBT. That started ten or twelve years ago when the debate about an end-of-waste status for compost first started. 'Even then France wanted organic residues to be given end-of-waste status,' says Van den Berg. 'Countries that have a lot of MBT facilities will do their best to promote this technology.' 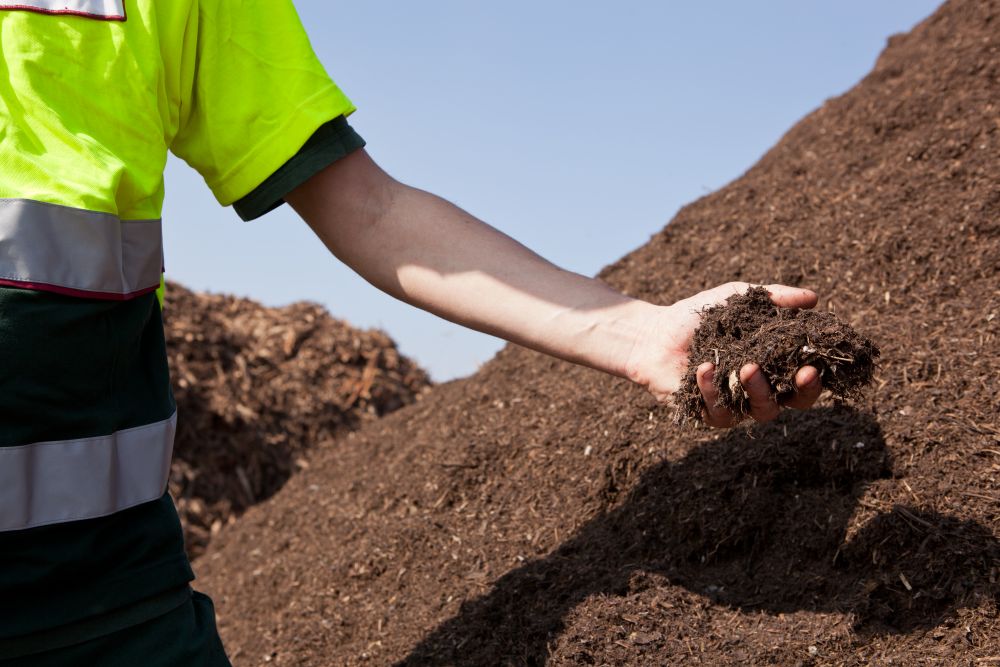 Orgaworld does not use MBT technologies. Van den Berg explains why: 'The organic fraction from MBT can never be treated to produce compost. The material is so contaminated that it cannot meet the standards for compost and the requirements of the Dutch Fertilisers Act. For a start, the amounts of heavy metals, glass and other visual contaminants are far too high.' Van den Berg thinks post-separation of residual municipal waste is fine as a supplement to source separation for fractions such as plastic and glass, but post-collection separation of the organic fraction should never be the aim. 'When organic waste that is separated post-collection cannot be sold as compost, it must inevitably be used in lower-grade applications,' says Van den Berg.

"We shouldn’t be weakening the definitions in order to achieve recycling targets."

Conflict with the legislation

The proposal by the Council of the European Union runs counter to existing EU legislation. For example, the most recent version of the Fertiliser Regulation prohibits the cross-border trade in CE compost derived from mixed residual municipal waste. Cross-border trade is permitted only for the treatment of source-separated organic waste. The proposal also conflicts with national waste and environmental policies. In the Netherlands, for example, policy on organic waste is geared to promoting separate collection followed by recovery.

If the quality standards now applicable in almost all European countries have to be relaxed to include the organic output from MBT facilities, the market for compost will be disrupted. Van den Berg: 'Separate collection, treatment and production of high quality compost is of course a more expensive process than collecting unsorted waste and then sorting it to recover a number of fractions.'

High quality compost is a valuable commodity. Agriculture needs it. Soils are increasingly becoming impoverished because the organic matter content is falling, and compost is an excellent soil conditioner. In contrast to animal manure, it adds organic matter to the soil and restores its vitality. Compost stimulates soil life and supports the natural recycling of minerals.