The Dutch Waste Management Association (DWMA), the Dutch Industrial Secondary Raw Materials Association for construction and civil engineering (VIB), the Dutch recycling federation FHG and the Swedish Recycling Industries' Association (SRI) have announced their status as 'Founding Friends of the Global Recycling Foundation', becoming some of the earliest donors of the foundation.

Today, during the Nordic Circular Economy Summit 2019, they pledged their support to the Global Recycling Foundation's Founding President, Ranjit S. Baxi. The Global Recycling Foundation was established in October 2018 to promote and encourage recycling across the world. The recycling and reuse of waste materials is considered to be a crucial element in the transition to the circular economy. 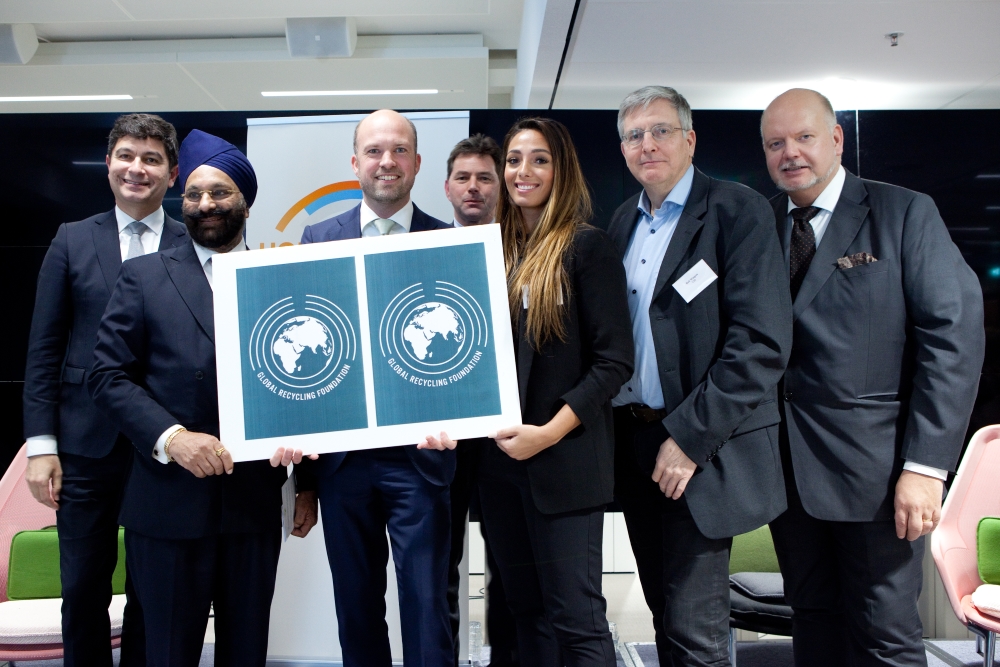 From left to right: Peter Diez (Ministry of Infrastructure and Water Management), Ranjit S. Baxi (Global Recycling Foundation), Robbert Loos (Dutch Waste Management Association), Freek van Eijk (Holland Circulair Hotspot), Samira el Idrissi (Taekwondo World champion), Rob Wiegers (VIB / VNO-NCW), Pär Larshans (Swedish Recycling Industries' Association) (photo: Hanne Hansen) The Dutch waste and recycling associations are supporting theGlobal Recycling Foundation because they want to contribute to the worldwide structural shift from landfill to recycling. The alliance of the organisations is an initiative of the Dutch Waste Management Association (DWMA).
Managing director Robbert Loos of DWMA commented: 'As a partner in the circular economy, for us it is a logical step to join the Global Recycling Foundation. The mission of the Foundation is to send a powerful message that recycling must be promoted more effectively worldwide. We hope that many more organisations and countries will join.'
'And promotion and support is urgently needed', continues Loos, 'In a recently published report the World Bank has calculated that in the coming decades the generation of municipal solid waste alone is expected to rise from 2 to 3.5 billion tonnes per year. If we do not invest in change now, most of this waste will be landfilled or dumped.' 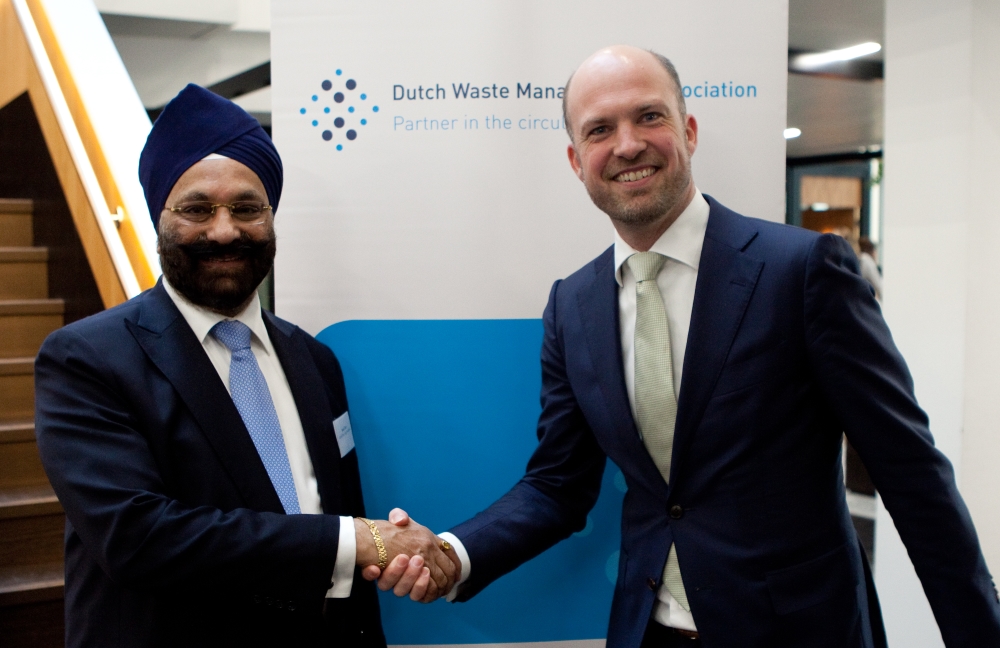 A more circular economy could more than halve the EU's industrial emissions by 2050. This is one of the key achievements in the ground-breaking report Re-configure: The circular economy - a powerful force for climate control, commissioned by the Finnish government, the innovation fund Sitra and the European Climate Foundation.
'The Global Recycling Foundation is an important initiative', adds Lina Bergström, CEO of the Swedish Recycling Industries' Association. 'The world must realise that recycling is crucial to combat climate change. Increased recycling and use of recycled raw materials will reduce greenhouse gas emissions. The recycling of worn-out products (or as the Foundation has called them, 'the Seventh Resource') to new raw materials is one of the most effective measures that can be implemented to reduce our climate impact. That is why recycled raw materials must be demanded to an even greater extent. The Swedish Recycling Industries are working with businesses to accelerate the transition to circular material flows and we will gladly share our best practice and techniques for joint success.'
Robbert Loos (DWMA):

"As a partner in the circular economy, it is a logical step to join the Global Recycling Foundation. We hope that many more organisations and countries will join."

In supporting the Global Recycling Foundation, the Swedish and Dutch recycling sectors underline the ambitions of international institutions such as the United Nations, the World Resources Institute and the European Union to speed up the transition to a circular and sustainable economy.
Rob Wiegers, president of the VIB and board member of the Confederation of Netherlands Industry and Employers (VNO-NCW) contributed: 'The Netherlands can make a broad contribution to raising global awareness of the potential applications of recycled waste materials and the use of industrial by-products. Our knowledge and experience can help accelerate the worldwide transition to a circular economy.'
Secretary General of the FHG, Hans Koning, underlines that special attention on Global Recycling Day (annually on March 18) for the benefits of recycling in reducing CO2 emissions and saving scarce resources is of great value for creating public and political awareness and support sustainable actions.
Ranijt S. Baxi, Founding President of the Global Recycling Foundation: 'Today is a milestone moment for the Global Recycling Foundation. It sees international industries coming together to drive global behaviour change towards recycling. Globally, recycling is projected to contribute over $500 billion to global GDP by 2025, providing millions of jobs globally and saving close to 1 billion tonnes of CO2 emissions by 2030. I strongly believe that recycling, positioned as our vital Seventh Resource, must take centre-stage for its contribution in preserving the future of our planet. The time is now for Global leaders and influencers to recognise the role recycling plays and ensure that the Seventh Resource is promoted more effectively on a global scale.'

"Today is a milestone moment for the GRF. It sees international industries coming together to drive global behaviour change towards recycling."